Hear Some Of
Our MusicGet Your Party Started 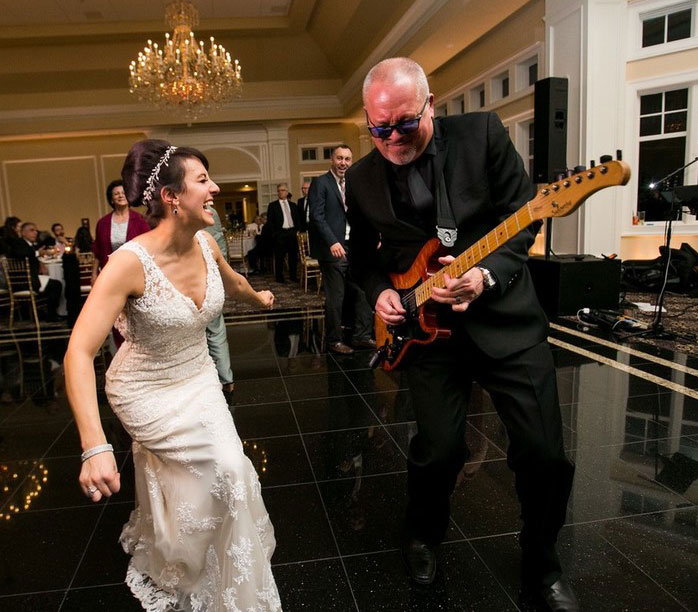 “Hal Prince was the best band ever, better than we could have ever imagined!! Jay was amazing to work with throughout the process. He is organized and made himself available to meet with us on our schedule in the beginning of the process, and a couple of weeks before the wedding. He asked us to fill out a document with all of our songs and information, and he followed everything from specific ceremony songs to the last song we wanted played at our wedding, which ended up turning into the nicest moment. We had a pianist from the band at the ceremony and cocktail hour who was great! He played all the songs we wanted during the ceremony and even worked with one of our friends who was singing during our ceremony to make sure her song went smoothly with his accompaniment.

The sound equipment Hal Prince provided for the ceremony and reception worked out perfectly with no glitches. You could here every single word of our ceremony. During the reception, Hal Prince made sure there was no time that people weren’t on the dance floor, just as we wanted! They played so many hit songs that had the crowd dancing all night! Our venue coordinator said she had never seen so many people on the dance floor the whole night before. We’ve been to a lot of weddings and also have never seen so many people dancing the whole night! Everyone had a blast and keep telling us even a month later how amazing the band was!”

More Reviews at The Knot